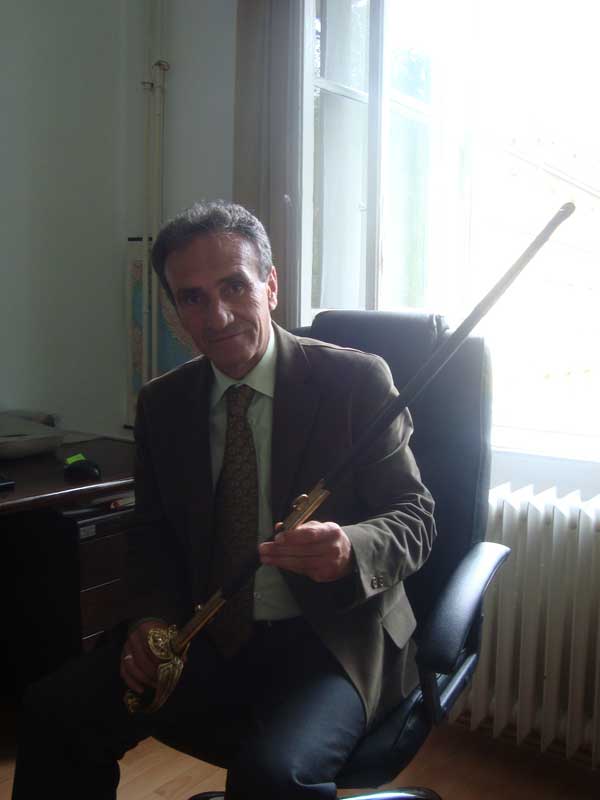 Official Uniforms of the Armed Forces of BiH

{gallery}newsletters/7/3/1/{/gallery} First official uniforms of the Armed Forces of Bosnia and Herzegovina, based on an open bid, are delivered solely by local companies. We talked to Safet Baltić, expert associate for logistics in the Sector for Procurement and Logistics of the Ministry of Defense of BiH and found out more about technical conditions, manufacturer, tender, and impressions of the members of Armed Forces. “The uniforms are a combination of NATO uniforms and the Warsaw Pact uniforms, and all technical conditions are fulfilled.”

After three unsuccessful public tenders for making of concept design of ceremonial uniform, Aida Korman, who graduated fashion design, was selected on a tender in 2007 as a creator of ceremonial and official uniforms.

Domestic companies among the best

First tender for making the test sample of the uniforms was published last year, and was, as our interlocutor says, unsuccessful, so it was decided that next time, an international tender would be published, divided into 5 LOTs.

What were the conditions of the tender, and what was the reason that local domestic companies got the job?

Our goal and the policy of the Ministry is, in accordance with the Council of Ministers, that whatever can be made and produced in Bosnia and Herzegovina, than it should be made here. Respecting the conditions of the Procurement Law of BiH, tender was international, public, the requirements written there were binding, each of the applicants, and there were more than 20, took the tender documentation, and the ones that were able to fulfill the conditions from the documentation applied. At the end of the tender, 8 companies filed applications, of which 5 local companies were selected.

The contracts for sewing the parts of the official and ceremonial uniform of AF BiH were given to these manufacturers:

We are talking about a four-year contract, what is the overall value of the contract?

It is a projection, and the value of one complete uniform is around 3,500 KM, which means that for these 5,800 uniforms, the overall value would be around 20,000,000 KM. As our budget is around 5 million KM a year, we calculated it would take four years. The Procurement Law of BiH proscribes that a framework agreement can be signed to three years, four at most, and that was the only reason for signing the framework agreement for four years, but that does not mean it will absolutely be like that, it can be changed.

New uniforms of the Armed Forces of BiH contain 38 elements. Each of these elements is made with a lot of technical details, but also of materials that suit the practical needs of the members of AFBiH. The durability of the colors is being tested, as well as moisture durability, sweat, climate conditions, etc. Each part of the uniform has precisely defined regulations of sewing, from needle stitch, distance from pocket to stitch, raw material composition is highly regulated. So far 1,700 uniforms have been made, and for the first time, state crest insignia is being placed on girdles, belts, and sashes, next to the state flag on the left side of the uniform.

What are the impressions of members of AF BiH?

It is important to say that we included official and ceremonial uniforms of ground forces, air forces, honorary units and army orchestra. According to the information I have, our people, generals, are praising the uniforms. Technical conditions are fulfilled, and uniforms are a combination of NATO uniform and the uniform of the ex-Warsaw Pact. The uniform is very beautiful and adequate.

Besides expansion of the domestic market, and hiring new workers in the companies that got the job of making the uniforms, the Armed Forces can now visually stand next to members of the armed forces of the region and Europe.

Safet Baltić shows the officers’ sabre that is a part of AFBiH ceremonial uniform.