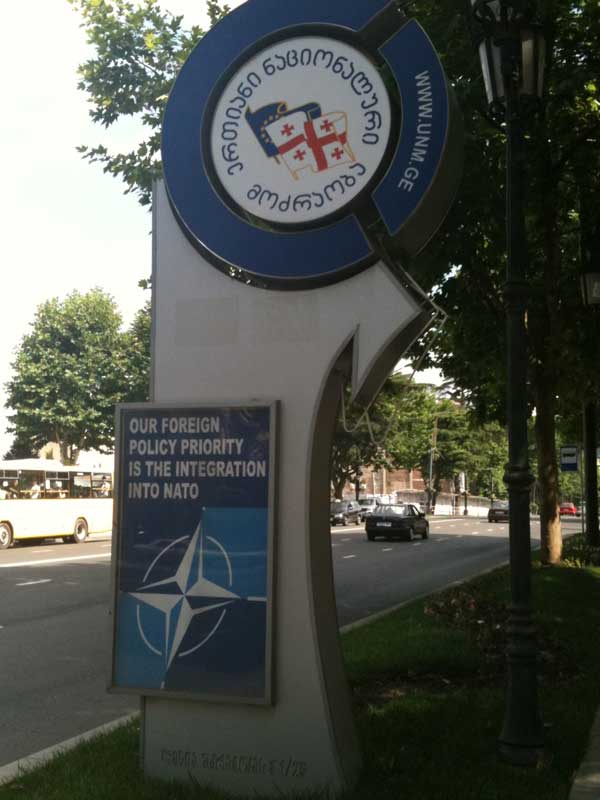 Talking to Aleksandar Rusetski, expert for security of South Caucasus

Aleksandar Rusetski is the Director of South Caucasus Institute of Regional Security, expert in political psychology and trainer of conflict resolution for 10 years already. He is the author of a book “Georgia: Informational Risks and Security Issues” (originally named Gruzia: informacionnjie ugrozji i voprosji bezopasnosti), in which, for the first time in conflict theory, the term informational aggression is introduced. We talked with him in Georgia.

South Caucasus Institute of Regional Security is currently working on making a project of education on informational security. According to the book called “Georgia: Informational Risks and Security Issues”, whose author is Aleksandar Rusteski, informational aggression is for the first time defined and connected to security, crisis, etc.

Informational aggression is illegal use of informational products as the means of verbal influence that causes psychological and physical risk and danger to normal human life. Motives for such abuse of information are most commonly politically (especially in regions with conflict past or presence), economically or purely psychologically motivated. Victims can be individuals, groups of people, organizations, wider society, a country, or even a number of them. Mass media are resources for performing informational aggression.

The Institute, in addition to this project, works in three directions, of which first and most important is the process of reconciliation and conflict resolution in Georgia and the region. The second sphere of interest is international relations (the issue of NATO membership) and the third is a sphere of private security. The Institute was founded in 2001, its headquarters is in Tbilisi (Georgia), and today the rank of their commitments is high, from international relations and contacts, to local researches and specific projects on problem-solving of post-conflict societies like the program of assistance to refugees and displaced persons, landmine and unexploded explosive devices, missing persons, etc.

{gallery}newsletters/7/5/1/{/gallery}As the director of this significant institute, Aleksandar is trying to raise awareness in broader public about the problem of informational aggression and implementing specific projects (educational and other) in cooperation with other security organizations that also try to raise awareness of broader public in their country and warn against this kind of dangerous manipulation. In Bosnia and Herzegovina as well, examples of interpreting one objective truth in several ways is frequent. People that does not posses the right information is inclined towards false beliefs and mutual mistrust toward the “sides” that have other kind of information. That is why conflicts manage to maintain and politically manipulate.

Alexander’s idea is to form an International Association of Victims of Informational Aggression and include a large number of countries in it, especially the ones that have confronted the similar problems in the past. Furthermore, seminars are planned, scientific conferences, lobbying on international level, and presentation of various laws in the field of informational distribution and media. Cooperation of organizations from the Balkan countries is expected, as well from Eastern Europe, Caucasus, Turkey, etc.