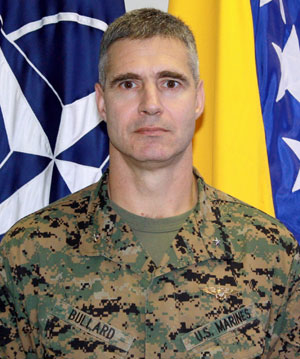 Answering some questions for our newsletter, the Commander of NATO Headquarters Sarajevo US Marines Corps Brigadier General John Bullard stressed his headquarters has prepared a draft agreement to assist in resolving the issue of immovable defense property as the last step for Bosnia and Herzegovina to activate NATO’S Membership Action Plan (MAP).

Do you believe that after the conditional award of a MAP the political climate in BiH is good enough to achieve agreement on immovable property and to start the first annual MAP plan in September?

– Bosnia and Herzegovina has been working towards NATO membership in the Partnership for Peace programs for many years. This shows that the necessary long-term political commitment and consensus exists. It is now up to BiH to take the next step by resolving the immovable defense property issue so that the Membership Action Plan (MAP) can be initiated. MAP commences with the submission of the Annual National Program (ANP). The normal ANP cycle is September through June; we are encouraging BiH to resolve immovable defense property before September, in order to facilitate BiH commencing MAP with Montenegro. It is very important to keep the momentum going to enter the MAP cycle in September 2010 vice September 2011.   Priority Number One

Will NATO HQ Sarajevo facilitate and mediate the local talks on the immovable property?

– NATO HQ Sarajevo has been working with the Ministry of Defense and other parties to help resolve this issue, and we remain ready to support this effort. We have prepared a draft intergovernmental agreement to assist in resolving this last step so BiH can activate MAP. We hope that BiH can move forward and make this a top priority.

US military co-operation with BiH is quite visible, but why in your opinion there are not more bilateral military exercises of other countries with the Armed Forces of BiH?

– Many countries are actively involved in supporting the development of the Armed Forces of Bosnia Herzegovina (AFBiH). Some conduct bilateral programs of aid and some are coordinated through NATO HQ Sarajevo. These programs are focused on training, education and technical improvement. A particular example is the work that Turkey is doing to upgrade the radio communication capacity of the Armed Forces. Turkey has donated equipment such as hand-held, man-pack, and vehicle radios and relays, plus hand held computers and has provided expert training in their use. There are many other such examples involving different countries that are working individually or through NATO HQ Sarajevo in the interests of the AFBiH.

Most of the exercises involving the Armed Forces of BiH are multi-national, organized by NATO or by the United States European Command. The reason for that is there is more value in exercising in the conditions under which you will actually operate and most of the operations that BiH will be engaged on – especially as a NATO member – will be multi-national.

What are the arguments and benefits why citizens of Republika Srpska would welcome NATO membership for BiH?

– The people of Republika Srpska will see the same benefits from joining NATO as will the rest of Bosnia Herzegovina. The varied populations of 28 member countries in Europe and North America have already seen those benefits for themselves. National and regional security, stability, economic development, a more professional and cost efficient military and strengthened democratic institutions are the key results. Countries that have joined NATO have experienced an immediate economic benefit through increased foreign investment, resulting in the creation of jobs. This has been especially noticeable in central and eastern European countries such as Hungary and the Czech Republic where foreign investment doubled after they joined NATO. Membership provides a guarantee of security and allows a country to share the costs and tasks associated with providing security to its people in a world where risks are complex, unpredictable and expensive. Membership gives a country an international presence and a means to discuss serious issues amongst allies. Meeting the standards for NATO accession will also move this country much closer towards membership in the European Union.

Are you satisfied with local pro-NATO public relations campaigns and do you find that BiH government should do more to promote benefits of NATO to the general public?

– In Bosnia Herzegovina opinions about NATO are often defined by ethnicity and by lingering emotion from the war. Many people know NATO only as a military alliance. There is a need to inform people of the non-military aspects of the Alliance. NATO has always been a political as well as a military alliance and especially since the end of the Cold War it is the civil aspects that have become of prime importance. NATO is now a means of strengthening liberal, democratic values and good governance. NATO membership has proven to generate economic improvements and NATO membership has become a gateway to the European Union. NATO HQ Sarajevo has reached out to thousands of people across the country, and especially in the RS, to let them put their questions directly to us. Our experience is that people in the RS are interested in NATO. They want to find out how joining NATO may benefit them. It is noticeable also that there is an increasing willingness to support joining NATO in terms of providing a stable, secure future with opportunity.

What is your assessment of the current operational readiness of the Armed Forces of BiH?

– It is important to remember that the current Armed Forces of BiH came into existence a relatively short time ago and that a comprehensive defense reform process has been in progress for seven years. The efforts of the defense leadership have been focused on implementing reforms, implementing the new force structure – nearly two-thirds of the units were established in new locations, with new personnel – and working within NATO’s Planning and Review Process to improve defense capabilities. It is impressive that while all of that was going on, the Armed Forces deployed explosive ordnance disposal and infantry units to Iraq over a period of four and a half years. As well, infantry and military police units are now being prepared for Afghanistan, to join the 10 BiH staff officers that are already there. This is a respectable effort. The operational capabilities of the Armed Forces will continue to improve through the defense review process, as resources are matched to capabilities, as equipment is modernized, and as the age and rank structure of the armed forces is optimized. 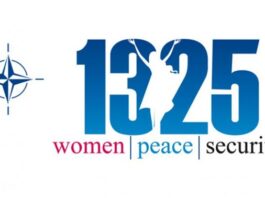 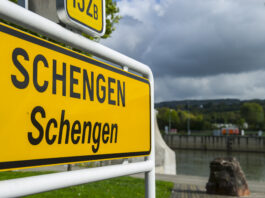 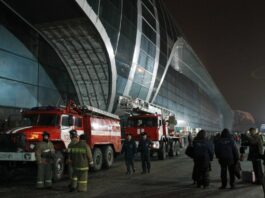 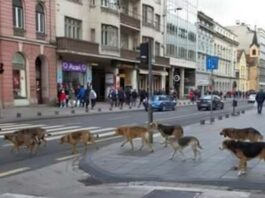 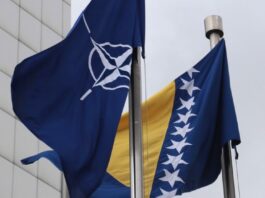