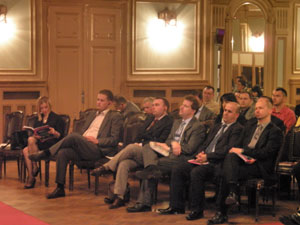 Ambassador of Great Britain in BiH Michael Tatham, Ambassador of Kingdom of Norway in BiH Jan Braathu, Dean of the Faculty of Political Sciences in Sarajevo Mirko Pejanović and professor Nerzuk Ćurak, as a presiding of the Editorial Board, addressed the audience at the presentation.

The Chief Editor Vlado Azinović said: ”We, in the Atlan 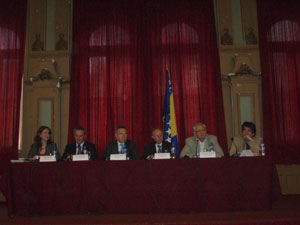 tic Initiative, firmly believe that democracy and security are among the main preconditions for progress and development of any society. While the notion of importance of democracy here gradually has entered the public sphere, security – at least as interpreted by part of our political elites – still sounds like an abstraction. Like, “some security, some people, somewhere over there.” However, it is about our security, about our lives and lives of our loved ones… By launching this magazine, the Atlantic Initiative wants to open a forum in BiH for different considerations of these questions specifically, and to enable readers to form their own opinions on key problems of democracy and security, based on knowing the facts and understanding the relevant processes.”

Publishing of the magazine “Democracy and Security in Southeastern Europe” (also available online, in electronic format), is enabled by the Embassy of United Kingdom of Great Britain and Northern Ireland in BiH, the Embassy of Kingdom of Norway in BiH, the NATO Headquarters in Sarajevo and the BiH Armed Forces. The authors of the articles include respected theoreticians and journalists from the security field, from our region and broader.