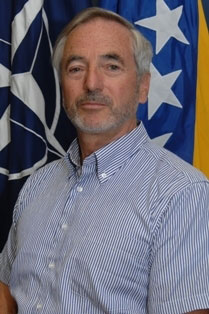 The issue of transferring property required for the future use of the Armed Forces of Bosnia and Herzegovina to the state is not resolved, but NATO hopes there will be better climate for it after the elections in BiH.

“The condition that NATO applied to the offer of a Membership Action Plan (MAP) for Bosnia and Herzegovina has not been met”, said NATO Headquarters Sarajevo Spokesperson Derek Chappell.

“There is still no solution to the contentious issue of transferring property required for the future use of the Armed Forces of Bosnia Herzegovina to the state. We are confident that in the calmer climate after the election it will prove possible to make progress on resolving this challenge but the Annual National Programme (ANP) for BiH will now not start in September 2010,” Chappell confirmed.

“Despite this delay in activating the Membership Action Plan, everyone should understand that the many programmes of co-operation, development and transformation that NATO HQ Sarajevo already has in place as part of the Individual Partnership Action Plan (IPAP) will continue. Between now and the eventual activation of the MAP there will be no slowing of the pace of development of the Armed Forces towards the declared end state of NATO membership,” Derek said to the Atlantic Initiative.